Skip to main content
Click Here to buy the bestselling book --- Slaying Dragons: What Exorcists See & What We Should Know
Spanish Edition now available! "Matando Dragones: Lo Que Los Exorcistas Ven y Lo Que Debemos Saber"
The Amazon Audible version now available! Use this link to access it and get your copy!
Be sure to "Subscribe" and "Follow" us!
Posted by Charles D. Fraune November 26, 2019

Reversing Apathy - The Slow Slide Away From God

One of the key problems for souls today is apathy.  Apathy leads to what Pope John Paul II called a "silent apostasy" and what Pope Benedict XVI called "practical atheism."

Simply "not caring" leads to a person to actions which manifest a new way of thinking.  "Not caring" is a belief that will change the way a person thinks and, though it may begin with an apparent lethargy, it will eventually emerge as an energy against God and morality.  Like a caterpillar in a cocoon, apathy left to fester will emerge as a stronger and more frightening monster than it began.

Spiritually, apathy relates to our interest in God.  You can see the power of apathy in the step-by-step impact it has on a person.

First, when we make little time for God in our day, we grow to have little interest in Him.

Second, we move from having little interest in Him toward developing a true indifference toward Him.

Third, we move from a true indifference toward Him toward an annoyance when hearing Him mentioned or when being compelled to discuss the Faith.

Fourth, we move from an annoyance regarding God toward a soft hostility toward Him, viewing Him as burdensome and in need of removal from our lives.

Fifth, we proceed from this hostility toward making an effort to hide from Him and avoid thinking about Him altogether.

Sixth, in order to ensure that we can rid ourselves of His presence in our daily lives and in our thoughts, we throw ourselves into the world and chase its passing pleasures, seeking to find a new god to satisfy the deep longings which Our Lord was meant to fulfill. 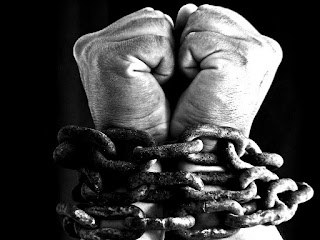 Here, we become enslaved to disordered passions and desires and, ultimately, to the Evil One himself, the Prince of this World.  It is he who encourages us to seize this new and false freedom and to live an independent life.  It is in this sort of life that he and the world promise that we will finally find happiness and personal satisfaction which, he says, are the true goals and the true end of every man.

These stages of apathy train us to become a citizen of the kingdom which lies in opposition to God, the kingdom whose purpose and danger were highlighted by Pope Leo XIII when he said,

"The other is the kingdom of Satan, in whose possession and control are all whosoever follow the fatal example of their leader and of our first parents, those who refuse to obey the divine and eternal law, and who have many aims of their own in contempt of God..."

By a supernatural grace, Our Lord will strike at the intellect and the will to call this sort of man back to Himself and out of the sin, hostility, indifference, and apathy which had caused him to slowly drift into bondage to death. 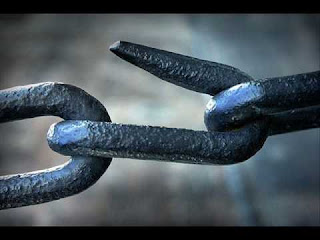 To obey this grace and allow it to save us, these stages of apathy must be reversed.  To remove ourselves from this captivity, we must retrace our steps, slowly returning to the Kingdom of Christ and His grace.

First, we must remove the worldly obstacles which we have set up around us.  These are like the chains which bind us to the prison of sin and Satan.

Second, we must begin to make acts of interest in God and an openness to trusting in Him.  Even a subtle turning of the will and the intellect toward Him will initiate a new momentum.

Third, we must re-focus our minds in order to realize that God must be the central and core aspect of our earthly life and the One whom we understand to be the source of all true and lasting happiness.

Fourth, we must train ourselves to respect Him, reverence His Name, and reverence the things He has made sacred.  We must avoid those situations which embrace an attitude of disrespect toward Him.

Fifth, we must try to re-kindle the flame of love that the Holy Spirit once set in our hearts.  If we are baptized, and still breathing on this earth, that fire of grace can always be awoken.

Sixth, we must arrange our daily schedule in order to set aside more substantial time to speak to Him.

Seventh, we must dedicate our intellects to thinking about Him and to pondering deeply all that He has revealed.  This can be done most effectively through regular reading of Sacred Scripture and the devout praying of the Rosary.

Finally, we must look back at the consequences of our sins.  We must make a true and deep and sorrowful Confession.  We must renounce our former ways which aligned us with the plans of Satan.  We must embrace all of the sacramental power that Our Lord Jesus Christ has entrusted to His Church, and use this to break any and all attachments that we may still have to those diabolical agents who invisibly befriended us during our former life of sin.  At this point, we will attain our liberation in Christ.

Here we must remain, as redeemed followers of the Messiah, set free from captivity, healed and strengthened, and fight with Our Lord against the powers of Hell in order to ensure our salvation and to work for the salvation of all whom the Lord entrusts to us.

For more information on taking account of our spiritual state and paving the way back to true devotion to Our Lord, heed the wisdom of exorcists.  Read Slaying Dragons: What Exorcists See & What We Should Know - on Amazon - eBook and paperback.