Skip to main content
Click Here to buy the bestselling book --- Slaying Dragons: What Exorcists See & What We Should Know
Spanish Edition now available! "Matando Dragones: Lo Que Los Exorcistas Ven y Lo Que Debemos Saber"
The Amazon Audible version now available! Use this link to access it and get your copy!
Be sure to "Subscribe" and "Follow" us!
Posted by Charles D. Fraune November 18, 2019

What is this new Devilry?

Many of the readers of this blog already know quite a bit about spiritual warfare.  Many of our friends do not.  At this time, it would be good to consider reading a book that thoroughly explains what the diabolical is typically up to, what Our Lord allows them to do, and what we can do to resist them and live a peaceful life.  In these times, when the devil and his demons appear to be in their mode of final deception, this knowledge is key.  In that, I recommend, Slaying Dragons: What Exorcists See & What We Should Know.  It has been reviewed by many exorcists already, and many who work in the ministry of spiritual warfare recommend it.

By now, everyone has likely heard that four exorcists have called on all Catholics throughout the world to make Friday, December 6th a day of prayer, fasting, and reparation "for," as their statement says, "the purpose of driving out any diabolic influences within the Church that has been gained as a result of recent events."

Go here for the original article, and to read the full statement by the four exorcists.  These four exorcists have issued this joint statement anonymously.  They call upon Catholics to do these penances as a form of spiritual warfare to do battle with the evils that have entered into the Church as a result of the permission of the worship of the idol Pachamama in the Vatican.  This event, and the events surrounding it, they say, "bring home the reality that we are in a spiritual war and that warfare is happening within the Church itself." 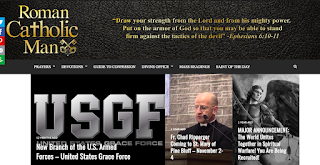 In addition, Fr. Heilman, of RomanCatholicMan.com, when speaking about this matter on Grace Force Episode 14, says that, behind this call to prayer, fasting, and reparation was the fact that many exorcists, on their own, were hearing in exorcisms that there was some significant evil, perhaps a significant demon, operating in the world and to some extent within the Church as well.

Accompanying this, he says, it has also been learned that certain Satanic rituals have been performed meant to acquire protection over this great evil.

The details are not fully revealed, and the exorcists are anonymous, but the call to Catholics is clear, and a date has been established.  It is a First Friday, and traditional prayers to the Sacred Heart of Jesus are encouraged to be said.  [See the article above] 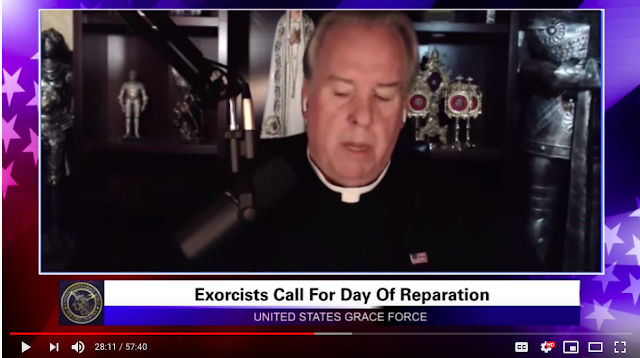 Slaying Dragons: What Exorcists See & What We Should Know.
Amazon, paperback and eBook