Skip to main content
Click Here to buy the bestselling book --- Slaying Dragons: What Exorcists See & What We Should Know
Spanish Edition now available! "Matando Dragones: Lo Que Los Exorcistas Ven y Lo Que Debemos Saber"
The Amazon Audible version now available! Use this link to access it and get your copy!
Be sure to "Subscribe" and "Follow" us!
Posted by Charles D. Fraune March 04, 2020

"But Demons are Liars!" - Why We Can Trust What Exorcists Learn

A very common question that people voice about what exorcists teach is based on the idea that demons lie and, as a result - why should we believe anything demons say? 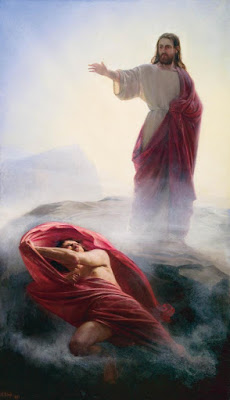 This typically emerges in response to hearing what exorcists say about things that people are attached to with a certain sensitivity, like the Harry Potter books or Yoga.  Nonetheless, it appears as a general question in people's minds.

The truth about this question and this concern goes to the heart of what I cover in my book Slaying Dragons: What Exorcists See & What We Should Know.


Yes, demons are liars.
No one disputes this.
Exorcists affirm this.
Sacred Scripture attests to this.

The crucial thing to understand, though, is that, while demons are liars by choice, they are still creatures by nature, and creatures who are still under the authority of Almighty God.

As a result, God can command the demons to confess the truth about anything if He chooses to do so.  Demons are not full-blown anarchists, fighting to the death, and tearing down every structure they can get their hands on.  Often, we want to understand them in such a way.  Often, this is because our catechesis on spiritual warfare matters is woefully inadequate in this generation.

The truth is that demons are on a short leash.  Within the territory this leash permits them to cover, they are able to wreak only the amount of destruction that Our Lord permits.  Within this sphere of influence, the demons must abide by certain "rules of engagement" as they seek to meddle in our affairs.  Again, demons are creatures and are not full-blown anarchists whom Our Lord is unable to effectively rein in.  The fact that they are creatures of God means they can only operate as their nature permits and as God allows.

As a result, when Our Lord became man, He was able to command the demons and they obeyed Him.  He cast them into the swine after they groveled and petitioned Him to do so.  They told Him their name when He demanded it.  He silenced them when they desired to speak out and proclaim that He was the Messiah.  When He commands them to leave the one they possess, they comply.

The Son of God, Our Lord, later promises that those who believe in Him will cast out demons:

"And these signs will accompany those who believe: in my name they will cast out demons."

Exorcists, as consecrated agents of Christ's authority, wield the power and authority to submit demons to God's commands.  Once submitted, through the Rite of Exorcism, the exorcist, as an agent of Christ, must follow the Rite in order to remove the demon.  Our Lord drove out demons by His mere Word, for His is God Himself.  Exorcists are His priests, His ministers, His representatives, and must follow the Rite as the Son of God has inspired it to be through His Church.

During the process of an exorcism, the priest must acquire certain things related to the demon and the specific case of possession in order to force the demon to leave.  These include, among others, the name of the demon, the means of entry used by the demon to possess the person, how long the demon is permitted to stay, the demon's sin in the fall, and any signs that will accompany his departure.

When Our Lord encountered possessed people during His earthly ministry, He, as a result of His divinity, would have known these things without having to ask.  The priest, however, must learn these things on his own, through the use of the Rite of Exorcism.

Wisdom through the Rite

In the process, where the exorcist and Our Lord work to liberate the person from the demon, the exorcist is likely to learn many practical spiritual realities.  He will see the effects of different decisions the person has made, including the person's association with specific moral evils, like drugs and fornication, but also through debated moral issues, like Harry Potter and Yoga.

The exorcist will see the actual and practical spiritual impact of playing with a Ouija board, or casting a spell, or embracing a desire for revenge, for example.  When the demon admits to the means of his entry into the person, the exorcist then learns the true power and danger of these occultic practices and gravely sinful thoughts and actions.

In the end, the exorcist then teaches us what they have learned.  Their teachings are not random or isolated but are part of a larger picture which includes decades, if not centuries or millenia, of the practice and experience of exorcists from all parts of the world.  When we are able to hear their common voice, we must heed what they say.

Yes, demons can lie, but they can, under coercion by God, also speak the truth.  Exorcists do their best to discern which is the case.  Once they have discerned this, it is safe and prudent to accept their testimonies.

Pray for our exorcists.

Get the book that faithfully and systematically hands on the teachings of some of the most prominent exorcists in the Church in our times:  Slaying Dragons: What Exorcists See & What We Should Know. 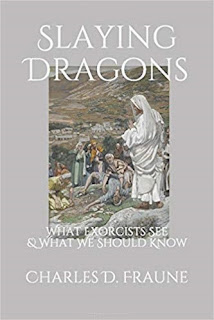