Skip to main content
Click Here to buy the bestselling book --- Slaying Dragons: What Exorcists See & What We Should Know
Spanish Edition now available! "Matando Dragones: Lo Que Los Exorcistas Ven y Lo Que Debemos Saber"
The Amazon Audible version now available! Use this link to access it and get your copy!
Be sure to "Subscribe" and "Follow" us!
Posted by Charles D. Fraune April 30, 2020

Can Damned Souls Possess People? An Unexpected Controversy - and Update

In my book, Slaying Dragons: What Exorcists See & What We Should Know, I briefly discuss the issue of whether damned souls are capable of possessing people.

Many exorcists have seen strange phenomena in their ministry which has pointed some of them in the direction of believing that it is truly possible for this to occur.  Fr. Fortea and Fr. Ripperger both discuss the evidence, as they have personally witnessed it, which points them in the direction of believing that this is a true thing.  In addition, Adam Blai, a layman recognized by the Church and very experienced in exorcism ministry, has also discussed the manner in which damned souls are apparently involved in cases of possession.

As I mentioned in my book:
"Fr. Fortea shares the belief that the souls of the damned can also possess people in the same way as a demon. The fact that demons can lie, he says, does make this a source of debate among exorcists. What he has seen in exorcisms, though, makes him convinced that it truly is a human soul when the entity makes that claim. In the exorcism, for example, the entity that is possessing the person will never waiver in its claim to be a damned soul. When repeatedly commanded, in the Name of Jesus, to obey and answer truthfully, they do not change their answer. Fr. Fortea has seen this happen alongside obedience to commands to kiss a Cross, adding to the veracity of the entity’s claim."

Some of the reasons that some exorcists believe that damned souls can possess people is because:
1) the damned souls are already in Hell, which is principally the abode of the demons,
2) the possessing "entity" in the possessed person is speaking in a way that is persistently inconsistent for a demon, and
3) the "entity" continuously confesses, under obedience and true authority, to be a damned soul and not a demon.

Thus, some exorcists have personally concluded that this is a reality, as I stated in my book.

However,
...there are others who oppose this view, and base their resistance to this idea on the instructions and rubrics of the Roman Ritual, traditional commentaries on the Roman Ritual, and the teachings of St. Thomas Aquinas, among others.

The Roman Ritual, an official text of the Church, and discussed a few times on this website, also contains the Rite of Exorcism.  This Ritual book is over 400 years old and is the official manual of blessings and sacramentals for the Church.

In the Roman Ritual, in the 14th instruction in the rubrics for the Rite of Exorcism, it states:
"Neither ought he [the exorcist] to give any credence to the devil if the latter maintains that he is the spirit of some saint or of a deceased party, or even claims to be a good angel."

Further, St. Thomas references St. Augustine and St. John Chrysostom in stating that demons will often pretend to be the souls of the dead in order to deceive people.  Since we know this deception can happen in cases of home infestations, it is reasonable to apply the same logic to instances within a possession.

In addition, some have observed that the belief in something called a "human demon" is connected to this openness to the idea that the damned souls can be involved in cases of possession.  A "human demon," which is a heretical notion, is the idea that a damned human soul is transformed into a demon.  This is not possible, but there are some people out there who believe this or are tempted to believe it.  Prior to getting into this research, I had never heard of the idea before.  NB:  it's out there.

Despite this evidence against the concept of damned souls possessing people, the language of the Roman Ritual is regarded by some as not sufficient to close the issue, but presented (in the specifics of the Latin) in a manner that still permits an ongoing debate.

Further, the presentation of the issue by St. Thomas Aquinas is regarded by some as, again, not closing the issue from debate, as the Church has not issued a definitive teaching on the matter.

As a result, there are priests and theologians on both sides of the issue, divided over
1) whether it is possible or not for damned souls to possess and
2) whether it is still an open question or not.

Since this particular issue of Theology was not intended to be exhaustively addressed in my book, and since the book has been given the Nihil Obstat, I have seen it to be prudent to revise the section, in Chapter Five, on pages 64-65, titled "The Souls of the Damned."

The revision went into effect on April 23rd.  Books ordered after that point are noted in the Copyright page as being from the "fourth printing."

The revision to the text contains multiple levels of clarity, such as:
- It no longer states plainly that it is "a reality" that the souls of the damned can possess people,
- It is now simply a presentation of a topic within exorcism ministry which is debated by modern exorcists and theologians,
- The idea of damned souls possessing people is stated, in the revised text, to appear to be "contrary to sound theological opinion," given the number of Doctors of the Church who have taught against the idea, and
- While presenting the fact that some exorcists do hold the view that damned souls are capable of possessing people, the revised section incorporates statements making it clearer that this matter is being studied by exorcists and theologians (who are divided on the matter), especially with reference to the teachings of St. Thomas Aquinas and the instructions of the Roman Ritual, and in particular the precise meaning of some of the Latin words used in those writings.

Let us pray for our exorcists, and for all who work with them in this ministry, that they may continue their work in a spirit of truth and charity, and come to the full knowledge of Christ's power and revelation, always in a spirit of docility and obedience.

Please see below for the revised section of "The Souls of the Damned."

The Souls of the Damned

Exorcists have also been considering whether or not a damned soul from Hell is capable of possessing a person. Though this appears contrary to sound theological opinion, the consideration has arisen as a result of strange phenomena which exorcists have observed.

During the course of an exorcism, the “possessor,” the main demon inside the person, will reveal its primary sin to the priest. Sometimes, the sin mentioned is not a spiritual sin but one, like murder or lust, which must be committed through a body. The sins of demons are always purely spiritual. (Fr. Ripperger #6) As Msgr. Glenn states, “In the bad angels themselves there could be no tendency to fleshly sins, but only to such sins as can be committed by a purely spiritual being, and these sins are two only: pride and envy.” (Glenn, 54) The confession of a carnal sin by a “demon” is a confusing admission if human souls are not capable of possessing a person. Though demons will obviously lie, they do speak the truth when commanded to, with proper authority, during the rite of exorcism.

Fr. Fortea is one exorcist who holds the belief that souls of the damned can possess people in the same way as demons. In exorcisms, he has seen the possessing entity stand firm in its claim to be a human soul, even under repeated commands, in the Name of Jesus, to tell the truth. This has also happened alongside obedience to commands to kiss a Cross, adding to the veracity of the entity’s claim. (Fortea, 89)

Exorcists and theologians are divided on this issue, especially since demons are liars, which Fr. Fortea admits is a source of debate. In the light of their experiences, exorcists are studying the teachings of St. Thomas and the instructions of the Roman Ritual, in particular the exact meaning of the Latin, in order to prudently navigate this complicated element of exorcism ministry. 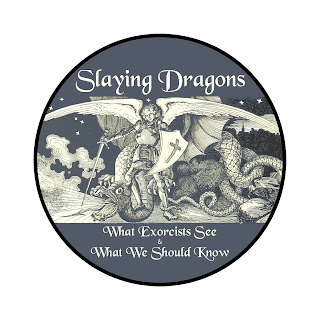